Almost.......we're leaving Holland on Thursday's overnight ferry from Rotterdam to Hull so we'll be back at home in Bolton by Friday lunchtime. Nigel is already looking forward to his Chae's Chippy tea on Friday evening!
Since Saturday we've been sorting, tidying, cleaning and packing things in the car ready for the trip to Rotterdam after our lift out on Thursday.

We arrived back in Holland on 5th September. It was almost just 3 of us, we were dreading we would be leaving Dash behind as he did a spectacular all day "runner" the day before we were planning to go. I took them for a morning stroll as usual and Dash decided to take himself off through a maize field. By 11.30 a.m. I was hoarse with shouting for him so I phoned Nigel who cycled to where Belle and I were to help search. To cut a very long story short, he reappeared in exactly the same spot I had lost him from 7 hours before, looking dirty, disorientated and exhausted. I didn't know whether to laugh or cry, as this was after I had been to report him missing at the police station and they in turn had informed the local rescue centre. After a hosing down on the pontoon, his tea (not sure he deserved it) and a good rub down with a towel, we didn't hear a peep out of him till the next afternoon. Guess who's been on his lead on walks for the last few weeks?

It was good to get back into Holland, we came back to Friesland a different way to the journey out to Germany which was a bit stressful. We needed to lower the bimini, tent and radar arch for the low bridges but there were fewer of them but of course it rained on us and we had to resort to covering the instrument panel and helmsman's chair with bin liners to keep everything dry. Despite this hiccup, we enjoyed the trip through the Drenthe region, it was very quiet with plenty of free and attractive places to moor. We had the sad news on 6th September that my brother in law had died after a long fight with cancer so that meant arranging to be close to the car as soon as possible so that I could get home for the funeral.

So we've had a very pleasant month pottering around Drenthe, Flevoland and Friesland, mostly staying on Marrekrite sites which are so peaceful and great for the dogs but we've also been back to Leeuwarden for a couple of days as last time we were there (with Bill and Mandy) it rained non stop.  Guess what, it rained again a whole day this time too! But we did have one fine afternoon when we arrived and the morning of the day we left was fine too. I also had two nights in the UK staying at my sister's. I flew from Amsterdam to Leeds/Bradford airport and hired a car to drive to Rotherham. I didn't get to see my grand daughter but did have the pleasure of seeing my two boys who both drove over for their uncle's funeral. Happier times to come as we have a family wedding to look forward to at the end of October.

We've been Billy no mateses this trip, maybe the novelty has worn off....no-one has been out to stay with us, not even the aforementioned Bill and Mandy, our first boating season without them. (We will be up to see you and your new train line in Stow before you know it!) And my friend Jean has the temerity to be going to Berlin next week.......6 weeks after we left! We've met a few English boaters but no-where near as many as we've met in France. And as mentioned in another blog entry we did have the pleasure of meeting up with Chris and Mandy Lefevre again who we first met in Morocco. 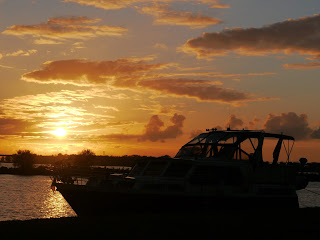 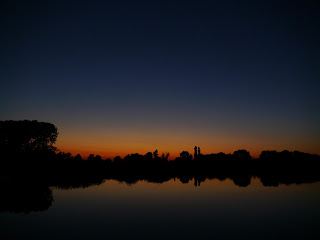 Next boating season will see us heading south through Holland then Belgium and making our way back towards France, inshallah!