When I left you last time we were en route to Bruges from Ghent about a month ago. Well not only have we been to Bruges and stayed a week but then got almost to the French border before having to retrace our route but we got to stay in Bruges for a second time just for a weekend. 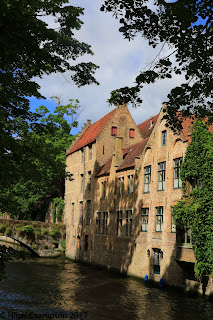 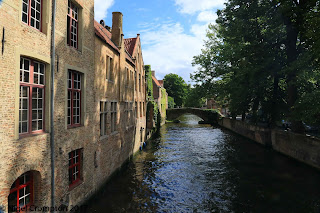 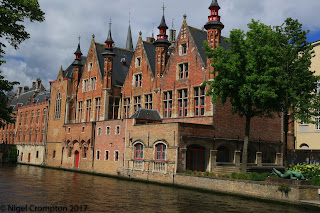 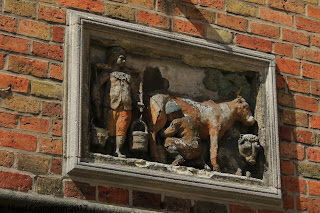 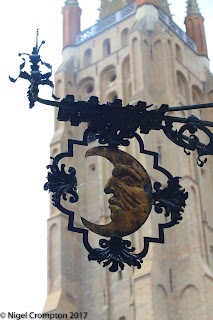 The reason we had to retreat is that due to the heat and dry weather for much of June, in order to preserve water and keep the main channels open, the locks on the smaller canals in Flanders are not operating. Those on which commercial traffic fares are still open but can only be accessed by pleasure craft in conjunction with a commercial vessel. The route into France that we had initially planned is hardly used by commercials and so we turned tail and retraced our route via the river Leie in Belgium which becomes the Lys in France. Our first French stopover was Armentieres where Nigel went on a long bike ride around the Messines ridge on his birthday last Saturday. 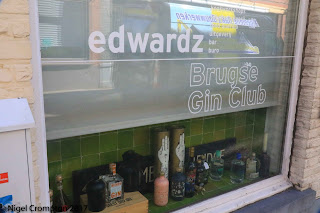 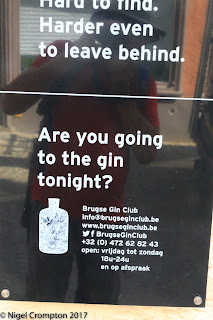 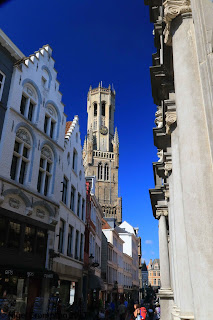 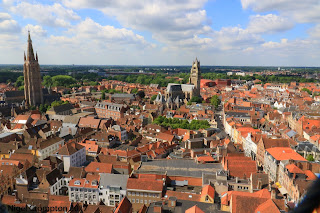 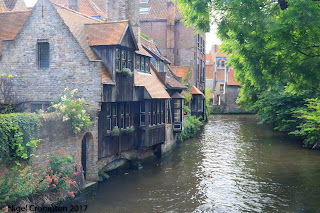 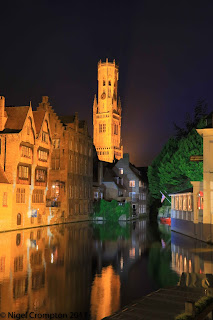 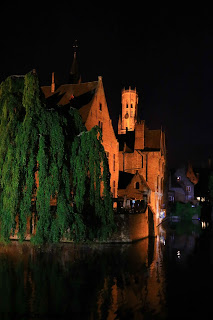 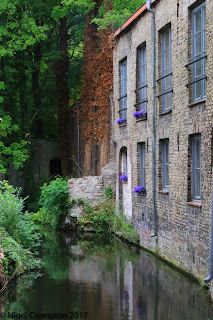 We did hover for a week in Oudenburg, close to the French border in case the weather changed sufficiently to make a difference to the lock situation...it didn't. We had a week of intense heat Here, remarkably, was a free mooring with free water and electricity so at least we could shower without worrying about running out of water and keep the fan on for the dogs' benefit as well as ours.

And now we are in Lille, never visited before, always skirted round via the motorway to somewhere else but now we've had a chance to see this vibrant and busy city. Yesterday we climbed its Befry....well that is to say Nigel climbed and I took the lift! We have developed a bit of a thing about Belfries and enjoy the views especially when there is an orientation table to get one's bearings. As I type the weather has changed and we are in the midst of a thunderstorm after a few days of glorious sunshine. 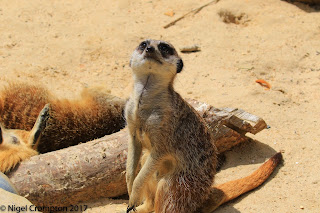 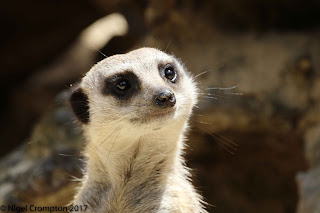 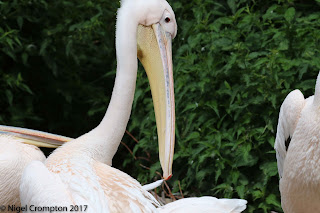 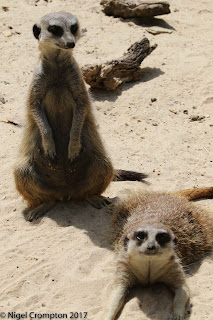 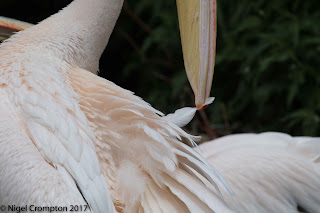 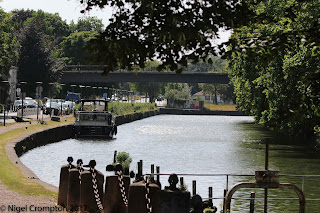 We still plan to get on the Somme, we are having to bide our time and wait for the re-opening of a crucial lock on 11th July, it has been undergoing repairs for the last month. Hindsight is a wonderful thing, had we known about the water shortages we may well have planned our trip to get through this lock before the closure last month but then we would have missed other places and been in more of a rush.


We are looking forward to Richard, Aoife and her mum joining us in Amiens at the end of July.
Posted by Libertetoo.com at 18:50

I used to play golf at The Belfry. What a coincidence.
xx Jo and Jan

Must have been a struggle carrying your golf clubs up all those steps, Jo!! 😜